She is only the second woman to hold the position which is the second highest position in Norway!

Tone Wilhelmsen Trøen, a 52-year-old nurse has been elected President of the Norwegian Parliament

Trøen most recently has served as the Conservative Party’s spokesperson on health care issues and she has been leading the parliament’s committee in charge of family and cultural issues.She becomes only the second woman to lead Parliament in its history and was elected Thursday morning by a vote of 152 in favour and two abstentions.

“A united parliamentary delegation thinks Tone Wilhelmsen Trøen is well-suited to become the new president,” said Trond Helleland, leader of the Conservatives’ delegation in Parliament. “She has, in her committee work, shown herself to be a unifying and constructive politician. She can contribute towards strengthening confidence in Parliament.” 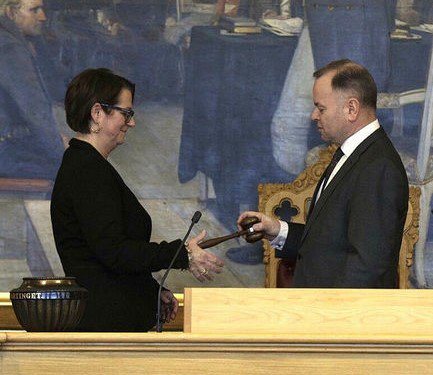